Where can I find the Android App?

Where can I find the iOS App?

How do I edit CC&R Articles?

How do I get my data out of Buildium?

Add an out-of-inspection violation to a property 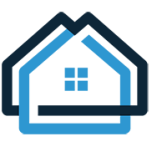 Updated 2 years ago by Tom Normand

HOALife’s Development Team focuses on providing support for as many platforms as possible while balancing the maintenance and functionality concessions of using out-of-date software. This allows HOALife to focus on features and support instead of maintaining support for dated software.

All components of HOALife are functional in any modern desktop or mobile web browser. As a means of convenience, HOALife also provides some of its functionality via “native” Apps found in the Apple or Google Play Stores.

HOALife will target support for “evergreen” web browsers, or browsers that are continuously maintained and updated to the most current web standards.

All phone and tablets which utilize the “native” Android App from the Google Play Store will target the two most recent versions of Android. As of early 2019, that would include Android Pie (v9) and Oreo (v8). For devices which aren’t up-to-date, the functionally equivalent web version of the App is recommended.

All phone and tablets which utilize the “native” iOS App from the Apple App Store will target the two most recent minor versions of iOS. As of mid 2020, that would include iOS13.3 and 13.4. For devices which aren’t up-to-date, the functionally equivalent web version of the App is recommended.

There are no specific hardware requirements to utilize HOALife. Some features may be dependent on a dedicated device components such as a dedicated GPS/GLONASSS/Galileo chip or integrated camera, however, they are not required.

How did we do?

How do I edit CC&R Articles?

Add an out-of-inspection violation to a property